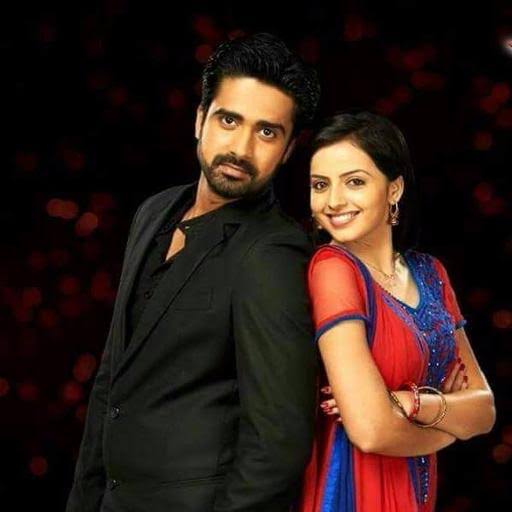 Strange Love 13 May 2021:  starts with Astha thinking about Shlok’s words that he hates her. She cries being hurt. Shlok is drinking wine in his room and thinks about Astha’s words and thinks how high is her ego and how she decided to leave his house. He sleeps drinking the whole bottle of wine. Its morning, Anjali comes to Niranjan with his shoes and socks and makes him wear it. He says what are you doing, you don’t need to do all this. She asks what is the matter, I do this daily, but you stopped me today for the first time. Niranjan wears the shoes himself. He is annoyed with her and complains what he felt bad. He says I m happy to see my family united and together, what did you do, you used to say that you will get every news when it occurs, but how come you did not know about the truth behind Shlok’s and Astha’s relation.

He says how are you, you did not see anything on Astha’s face. He says you wanted to make Astha promise that she will choose only one from us and her parents. He says you don’t know how hard the things have become. Anjali says give me once chance, I will make everything fine. He is still angry on her and does not allow her to make him wear the shoes. He leaves annoyed. Anjali looks on.
Kalindi comes to see Astha in her room and Astha talks to her happily and normal. Kalindi is relieved seeing her happy. Sojal and jaya are in the kitchen and discussing about the happenings of the house. jaya tells Sojal that this is the time to win everyone’s hearts. Sojal asks how will this happen. jaya says I m here, I will do everything, Anjali will think Astha was not right for Shlok. Sojal smiles.
People see Avdhoot on the road and gossip about him. Someone meets him and congratulates him and says when you are related to Niranjan, you can come out of any scandal. Avdhoot calls Niranjan and talks to him. Niranjan says I think our kids don’t have the understanding of their life.

He says I worry about Astha more than you, she is my bahu, she is my responsibility and pride of our family, trust us, we will bring her back with full respect.He says we have to think about our children, give me some time, we will make everything fine. Avdhoot says yes and ends the call. Anjali hears this conversation.Someone comes to Niranjan and wishes him happy birthday and asks how is everything. He asks him about Astha missing in the party and that he has not cut the cake with the guests. Niranjan gets angry and Shlok comes and looks on.Sojal and jjaya also come there. Anjali talks to that man and says Astha went to her Maayka. The man says I heard something else. Shlok greets Niranjan and says I will bring Astha. Niranjan smiles and tells the man not to believe the rumours and you are invited in the function of MakarSankranti. Shlok says yes dad, Astha will celebrate her first Vaan with all of us.

The man leaves. Anjali looks on. Shlok leaves to get Astha. Niranjan becomes happy.Shlok leaves in his car towards Astha’s home. He says you have to come back with me, for my dad’s happiness, I will bring yo by force too. Astha sees Ajju and Kalindi worried and comes to them. She smiles and says MakarSankranti is coming, don’t we have to shop for it. They look at Astha. Astha says lets go and shop, I will bargain as you don’t know bargaining, we will get things at low price. Ajjy smiles. Astha takes them for shopping for making their mood good. Ajju says Kalindi see Astha, she is so strong, we have to support her. Astha asks them to get up and come with her.

jaya brings Astha’s sarees and jewellery to Sojal. Sojal says are you mad, to steal these things. Sojal keeps all those things in her cupboard. jaya says till Astha comes, lets bring everything from her room. Kavya comes and asks when will Astha come and whats in her room. Sojal asks her to go down and play. Sojal tells jaya to be careful, if we get caught, it will be a great problem, think how to separate Astha and Shlok.
Astha makes Kalindi and Ajju happy. They take an auto and leave.

Shlok sees Astha on the way going in an auto and stops his car. He follows her. jyoti is working at home. Abhay comes to her and says give me sweets, there is a bad news for you, Astha has left Shlok and went to her parent’s house. jyoti is shocked. Abhay taunts her and says you should preach me, I m a good husband, you are lucky. jyoti thinks of doing something to make Shlok and Astha unite.

Abhay says are you parying to Lord or thinking of any idea to unite them, if you are then don’t dare to think. He leaves. Kavya talks to her doll. Anjali sees Kavya and hears he talking. Sojal says nothing and gets tensed. Anjali asks what did your Nani say. Kavya tells everything what jaya said about getting things from Astha’s room. Anjali stops Sojal and says it will be good if you tell your mum that she is a guest here, and she does not need to do anything, I think I will have to send you with her, this is the last warning, understood. Sojal says yes. Anjali leaves. Astha and her family have completed the shopping. Ajju challenges Astha for the panipuri competition. Astha smiles and goes with them to the Chat stall. They start having panipuris. Shlok comes there and does not see Astha at the roadside stall. He looks around for her and passes by her side.