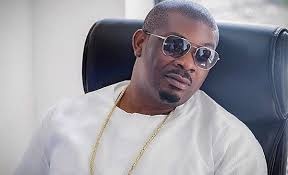 Instagram is a free online photo-sharing application and social network platform that was acquired by Facebook, inc. in 2012, which basically allows users to edit and upload photos and short videos through a mobile app.

Instagram is one of the most popular social platforms in the world, widely used by celebrities to gain followers. It’s a platform where celebrities all over the world have been able to use to interact with their fans, and also to show off to the world what they are up to personally and in their various careers.

The number of followers determine your popularity and this is used for boasting or bragging rights. One of the factors fans consider when judging success and accomplishments of celebrities is the popularity on social media, measured by the amount of social media followers.

An accurate list, after a thorough research is what we present to you as the top 10 most followed celebs on Instagram

David Adedeji Adeleke, popularly know as Davido has been and is still topping the list of the most followed Nigerian celebrity on Instagram. The USA born Nigerian music artiste has several hits in the music industry, recognised as one of the most popular in Nigeria, Africa as a whole and a fair part of the world. His philanthropic attitude of giving out cash gifts to his fans on several occasions made it one of the reasons over 14 million Instagram users are stuck to him.

The popular Funke Akindele, known widely as Jenifer has taken the second position, although a tie with Tiwa Savage. As a movie writer and producer, her blockbuster series Jenifa’s Diary and other fabulous movies made a great impact on her account and now she can boast of over 10 million Instagram followers.

Tiwatope Savage, known professionally as Tiwa Savage is a Nigerian singer, songwriter and actress. Her success and milestones in the music facet has earned her a spot on the list, a tie with Yemi Alade.

Yemi Eberechi Alade simply known as Yemi Alade is a Nigerian afropop singer and songwriter well famous for her hit single, “Johnny”. Coupled with her active personality, she’s a delight for viewing and listening pleasures. Her lovers are in majority all over Africa, even though haters are still kicking. This earned her 10.5 million Instagram followers.

Wizkid, orderwise known as known as Starboy has been a very active artiste in the Nigerian music industry for a long time now, and we’d say the amount of followers stuck to him are his die-hard fans.Above are the top 5 most followed, while the following are the other five.

This list however, is according to latest research and therefore dynamic, but will always be updated 😜