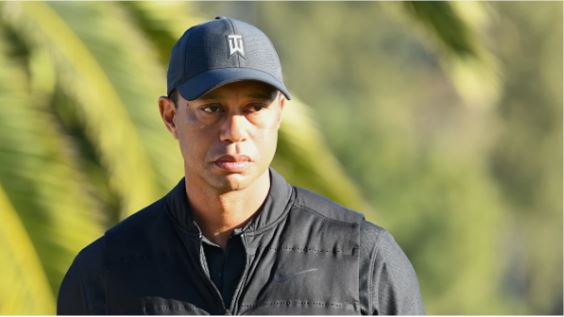 Golf legend, Tiger Woods is currently recovering, after being involved in a disturbing car accident.

The golfer was awake, responsive, and recovering in the orthopedic room early Wednesday morning after undergoing surgery for “significant orthopedic injuries” to his lower right leg sustained in a single-car crash in the Los Angeles area Tuesday.

The injuries were non-life-threatening, but in a statement posted to Woods’ Twitter account at 12:30 a.m. ET, Anish Mahajan, MD — chief medical officer and interim CEO at Harbor-UCLA Medical Center — said Woods had a rod inserted into his tibia to stabilize “comminuted open fractures affecting both the upper and lower portions of the tibia and fibula bone.” Screws and pins were inserted to stabilize additional injuries to the bones of the foot and ankle.

“On February 23, 2021, at approximately 7.12 AM, LASD responded to a single-vehicle roll-over traffic collision traveling of Rolling Hills Estates and Rancho Palos Verdes.

“The vehicle was traveling northbound on Hawthorne Boulevard, at Blackhorse Road, when it crashed. The vehicle sustained major damage.”

“Mr. Woods was extricated from the wreck by Los Angeles County firefighters and paramedics, then transported to a local hospital by ambulance for his injuries.”

It was gathered that he was helped out of the vehicle through his car’s windshield after all the airbags had deployed.

Woods has won about 15 major titles is worth around £600 million and this means that he can practically afford anything he wants.

The legend who is currently the world number 20 surprised the world after winning the Masters’ tournament in 2019 – over a decade after winning his last majors in the game.

With so much affluence in his reach, the golfer resides in a £41m mansion in Florida.

The publication further revealed that Woods trains in the Medalist Village – an 18-hole course designed that costs £100,000-per-year to join.

Nigerian MMA Fighter, Israel Adesanya, honors his dad, buys his mom a Porsche ahead of his next fight