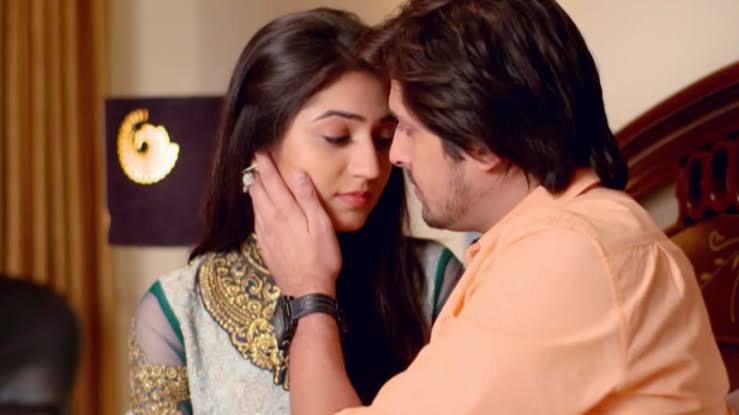 It’s Complicated is a series on Zee world portraying the life of Jassi – a woman who went against society norms by seeking comfort in the arms of her brother-in-law to cover the lapse of her absentee husband. However she ‘burns’ at the end for it.

Jassi is a young married woman who lives with her affectionate mother-in-law, Beeji, and her younger brother-in-law, Varinder. Jassi’s husband, Narinder, works abroad and they talk often on the phone figuring out how they can live together. Though she is an ideal daughter-in-law and gets along with everyone at home and in the community, Jassi feels incomplete as she pines for her husband and it is revealed that she and Varinder are having an affair for some time and are deeply in love. Hidden from Beeji, they secretly spend nights together knowing fully well the risk of their relationship.

Soon, Beeji receives a marriage proposal for Varinder and despite his unwillingness, Varinder agrees after Jassi convinces him that this can give their affair an added layer of protection. Jassi discovers she has gotten pregnant and in a state of panic, she and Varinder visit a hospital so she can get an abortion. Witnessed by Varinder’s fiancé Nimmi, Jassi and Varinder manage to explain the situation but the wedding is called off. Jassi then decides to find Varinder a match and he is married to the soft-spoken and young Channi. Soon Beeji finds about the affair, she meets with an accident when she tried to confront Jaasi.

The show with Hindi name Aadhe Adhoore televised 2015 on Zindagi channel’s. It lasted barely five months. Zindagi primarily shows Pakistani TV serials; Aadhe Adhoore was one of the few that had been made by Indian content producers.

The storyline of Aadhe Adhoore revolves around Jassi (played by sonali Nikam), the elder daughter-in-law of a family in Kapurthala, Punjab. Two months after Jassi got married, her husband Narender (Arpit Kapoor), the main earning member of the family, takes up a job in Sharjah. The money that Narender sent allows the family, comprising his wife, mother and brother, to live comfortably in a lovely two-storey house. When the show opened it has been five years since Narender has left, and the family has become a content and self-contained unit of one man and two women. Jassi, who devoted her days and nights to managing the house and caring for its inhabitants, had a secret that is revealed, most elegantly, in the very first episode. She was in a relationship with her brother-in-law, Virender (Rohit Bharadwaj).

Notwithstanding her relationship with Virender, Jassi genuinely loved her husband and missed him. Despite their sexual attraction for each other, Virender and Jassi also cared for each other in ways friends and siblings would.

When Virender’s engagement broke up because a relative from the girl’s side accused him of visiting the abortion clinic with another woman, Jassi ( the woman in question) was quick to arrange his marriage with her unsuspecting cousin Channi (Priyanka Khera).

These however, did not stop her from loving Channi or wanting the newlyweds to have a happy life. But what she found impossible to deal with was Virender’s attitudeafter his marriage. He stayed away from her for long periods only to return and resume the relationship.

During a confrontation with Jassi, whose “dirty secret’ she had uncovered, Beeji falls to her death from the stairway thereby adding one more to the list of Jassi’s crimes and misdemeanours. Soon, the secret is revealed to Channi, who, filled with vengeance and hatred for Jassi, catalyses another set of cascading events. The last straw for Jassi is Virender’s uncharacteristic admission that he doesn’t care whether she lives or dies. It would seem as though the inhabitants of the Kapurthala residence had been suddenly possessed by alien spirits. As the show hurtled towards a hasty finish, Jassi found herself alone, abandoned by everyone except Sonali Nikam, who till the end tried to play the role with an admirable degree of dignity and self-worth.

In the last episode, Channi who was pregnant with Virender’s child, almost slipped and fell off the terrace ledge, but Jassi pulled her to safety. But in the process she falls to her death. In the very last shot, a remorseless and chillingly calm Channi stands on the terrace, praying with her head covered, as the prabhat pheri passes by. Were she to look down, she would see Jassi lying dead in the courtyard suffering an extraordinary punishment for daring to love a man against the diktat of conventional society.

More information on the series.