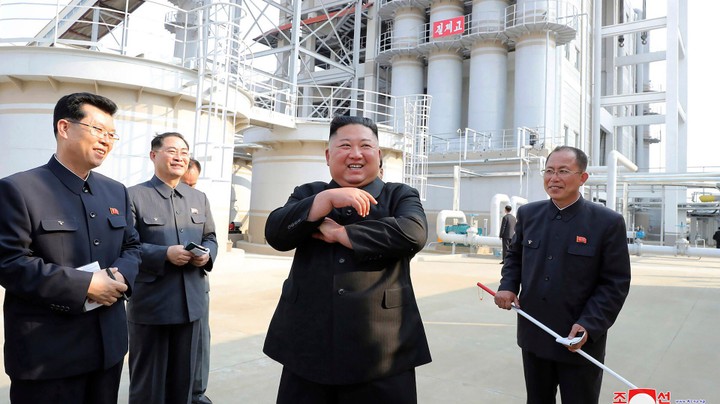 Kim Jong Un has not appeared in open or public occasions for the past three weeks until this week when he showed up for a factory visit.

There have been rumors about his non- appearance in public but the recent outing is expected to disprove many of the rumors although it may not end them especially the concerns about the stability of the North Korean regime and control of its nuclear arsenal.

Kim presided over a May Day ceremony to mark the completion of the Sunchon Phosphatic Fertilizer Factory northeast of the capital Pyongyang, the official Korean Central News Agency reported early Saturday. State media released photos showing the North Korean leader in a black Mao suit cutting a ribbon outside the facility, which non-proliferation experts say could be used to help produce fissile material for nuclear bombs.

U.S. President Donald Trump declined to comment on Kim’s reemergence besides telling reporters before heading to Camp David for the weekend that he “may” speak with the North Korean leader. “We’ll have something to say about it at the appropriate time,” Trump said.

Related Topics:Kim jong un
Up Next