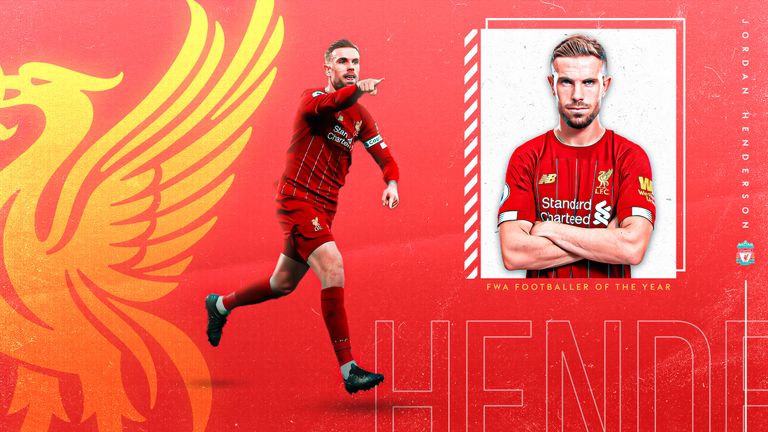 Liverpool captain (Jordan Henderson) has been crowned Football Writers’ Association (FWA) Footballer of the Year for the 2019/20 season.

Liverpool’s dominance in the league was reflected in the voting as Trent Alexander-Arnold and Alisson Becker also received votes alongside him, but it was Henderson – with more than a quarter of the votes – who was the clear winner.

Reflecting on his win, Henderson said: “I’d like to say how appreciative I am of the support of those who voted for me and the Football Writers’ Association in general”.

“You only have to look at the past winners of it, a number of whom I’ve been blessed to play with here at Liverpool, like Stevie Gerrard, Luis Suarez and Mo Salah to know how prestigious it is.

“But as grateful as I am I don’t feel like I can accept this on my own.

“I don’t feel like anything I’ve achieved this season or in fact during my whole career has been done on my own.

Arsenal has Finally handed their No. 7 Jersey to one of their new recruit