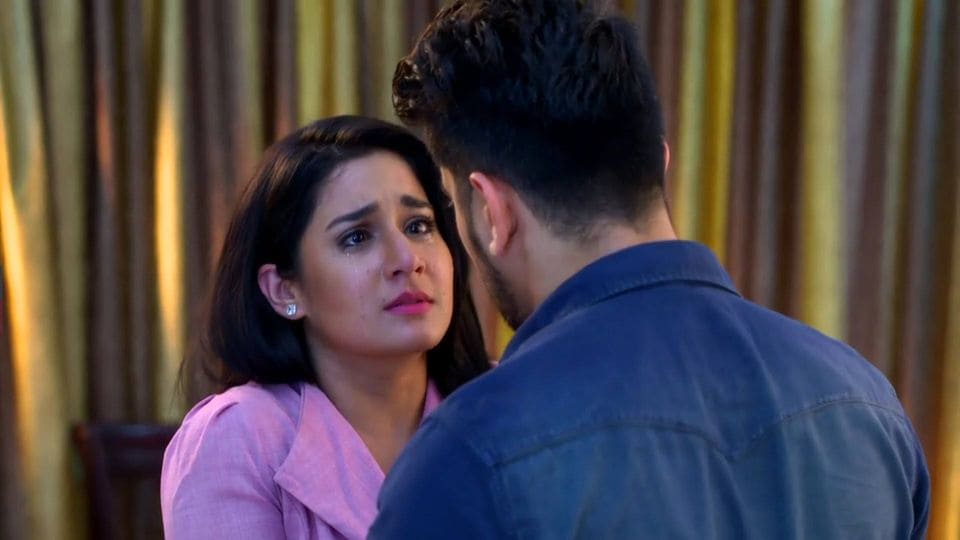 My identity May teasers 2021; My Identity is a  show about a young girl, Avni, daughter of renowned filmmaker, Ashish. She begins her quest to define herself in this world. Meanwhile Ashish is in a relationship with Asha for the past eleven years but is not able to marry her.

Starlife My identity May teasers 2021.

Neil tries to get romantic with Avni. Shweta tells Riya about her plan to separate Neil and Avni!

Shweta aims to mislead Avni about Neil and Juhi’s relationship. Avni tries to make Neil celebrate Ganesha Chaturthi, but he walks out of the celebrations.

Neela is shocked to learn about Harleen and Shweta’s plan. Neil and Avni fail to notice Juhi during the Ganesha Puja and later, visit Harleen. Why?

Harleen slaps Shweta. Neil and DD are all set to expose the culprit behind the bomb blast. Will they learn Aman’s secret?

Neil tells Avni about Juhi and her tragic incident. Guruma traps Juhi in her plan. Will Neil learn that Juhi is alive?

Aman steals money from the house and gives it to Dayawanti. Dayawanti tells Guruma to attack Avni if she wants to defeat Neil. Will they make a move?

Avni and others eat the sweets which Ali had bought and fainted after consuming them.

Neil and DD discuss ways to find the kidnapper. Aman tries to hide the kidnapper’s phone before Neil finds it. But, Avni finds the phone and gives it to Neil!

Shweta and Riya accuse Ali of trying to kill Neil and Avni. Dayawanti and Aman succeed in their plan. What’s in store for Avni now?

Neela and Avni struggle to prove Ali’s innocence after Shweta and Riya frame him. Neil suspects Avni for supporting Ali.

Avni is shattered receiving Ali’s video message. Will she find out that he is trapped?

Ali strives to get out of captivity while Juhi falls into Dayawanti’s trap. Shweta is on a mission to separate Neil and Avni. Can Neil find out Avni?

Neil finds Avni in a critical condition and the two are devastated about the brutal attack on Ali. Is Ali dead or alive?

Neil tells Shweta how much he loves Avni. DD agrees to help Avni find the truth about Juhi’s death.

Juhi shares her grief with Ali. Neil sees Juhi and can’t believe she is alive!

Neil and Avni are glad to learn that Ali is alive and set out to rescue him and Juhi. Aman and Dayawanti fall into Guruma’s trap.

Avni learns that Juhi is trapped in human trafficking and decides to free her. Neela suspects Aman. Will she learn his secret?

Avni is anxious to free Juhi and warns Dayawanti not to trouble Neil. Neil and Avni discover Ragini Pandit’s identity.

On learning that Ragini Pandit is secretly returning to jail, Neil executes a secret plan to trap her. Will he succeed?

Avni falls into Ballu’s trap when she tries to rescue Juhi. Harleen and Shweta are shocked learning that Juhi is alive!

Juhi is shocked learning that Avni is Neil’s wife. Neela and Harleen are upset with Shweta for trying to ruin Avni’s life, while Avni wants to avenge Dayawanti for her misdeeds.

Avni and Ali fail to get out of Rang Mahal and fall into Ballu and Ragini’s trap. But Neil arrests Ragini and takes her into his custody.

Neil and DD fail to gather evidence against Ragini and Dayawanti. Where does that leave Neil and Avni?

Neil finds a clue about Avni. Neela assaults Amol, learning that he is responsible for Avni’s abduction.

Ragini and Dayawanti plan to trap Avni and Juhi in a human trafficking case. Neil and DD set out to rescue them. Will they succeed?

After rescuing Juhi and the other girls, Avni goes to find Ali. But, Ragini catches and holds Juhi at gunpoint!

Avni tells Neil that Ragini and Dayawanti will stop only after destroying her. Dayawanti and Ragini humiliate Avni. Is Avni planning something?

Avni is shocked when Aman points a gun at Neil. She becomes furious and vows to kill Aman and Dayawanti. Will she?

Aman burns Dayawanti alive. Neil arrests him for his offence. Aman apologises to Avni for his actions while Neela praises him for admitting his guilt.

Juhi gets restless when she remembers Ragini’s words about her ‘Jaan’. She also receives a chit mentioning the thing she is looking for. But what is she looking for?

Avni proposes to Neil but she is stunned by his reply. How will Avni bear this truth?

Neil stuns his family by telling them about his and Juhi’s daughter. Avni promises Juhi that she will find her child.

Avni and Neil decide to go in search of Juhi’s daughter. They disguise themselves as NGO workers and search for the kid.

Neil leaves the wedding anniversary party when he hears about Juhi’s suicide attempt. Later, he makes a promise to Juhi.

Neil and family feel distressed as Neil reads out the letter written by Avni. Avni tries to help a stranger on a flight. Who’s this stranger?

Neil misses Avni and gets emotional when she calls him. Will she reveal her location to him?

Vidyut assigns Avni to be Mishti’s governess. Ali spots Avni in Goa and informs Neil about it, but Neil has a different plan!

Avni tells Mishti that they will pretend to be enemies before Vidyut. Neil promises Neela that he won’t let Avni suffer the same fate as her mother!

Mishti asks Avni to convince Vidyut to let her attend a camp. Ali continues to search for Avni using flyers. Will he find her?

Neil stuns Avni by arriving at the camp in Goa as the new trainer. Vidyut gets a call from Ballu. How are they associated?

DD informs Neil about Ballu being out on bail. Avni and Neil secretly plan to rescue Mishti from Vidyut’s clutches.

Ragini escapes from the hospital after killing a nurse. Meanwhile, some miscreants attack the Khannas and slit Juhi’s throat, killing her instantly.

DD and Neil fake Juhi’s death to save her from Vidyut and are on a mission to catch Ragini. Neil fails to keep Mishti away from Vidyut.

Vidyut alerts the security staff. A masked Neil is stopped by the security. Will Vidyut catch Neil?

Vidyut fails to get details about Mishti and Avni from Neil. Later, Avni and Neil manage to deceive the bodyguards and escape from the warehouse. How?

Neil and Avni try to escape with Mishti but Vidyut and his men find them. Will Neil be able to save them?

Juhi rejoices knowing that Neil and Avni rescued Mishti. She visits the hospital in disguise to see Mishti.

Neil meets Vidyut in person and warns him about the consequences. The doctor remains confused with Mishti’s blood report. Why?

Avni learns about the intruder and alerts everyone. Juhi gifts a new doll to Mishti. Will she accept her gift?

Neil surprises Avni by gifting her a new car and a white gown. Avni wears the gown and gets ready to see Neil, but the cops arrive to arrest her. Why?

Neil confronts Vidyut for his misdeeds and arrests him and Ragini. Elsewhere, Avni prepares to send Mishti and Juhi to Canada.

Neil helplessly frees Vidyut from the police custody. Avni brings Juhi out for shopping. Will Vidyut spot her?

Vidyut wishes to get Ragini released from prison and vows to take revenge. Neil vents out his frustration, while Avni feels bad for hurting his sentiments. Will they reconcile?

Just when Neil thinks everything is under control, Avni gets disappointed with him for considering Juhi’s request. How will Neil clear the air?

Vidyut takes Juhi with him by threatening to reveal the truth about Mishti’s paternity to Neil. He asks her to save Ragini by revealing the truth!

Juhi makes Neil and his family feel that Shweta forced her to leave the house. Neil rebukes Juhi for being irresponsible. Later, Ragini has an idea.

The Khannas prepare for belated Diwali celebrations. Vidyut sends a DNA report to Juhi which says that he is Mishti’s father. Later, Shweta carries out a plan against Juhi!