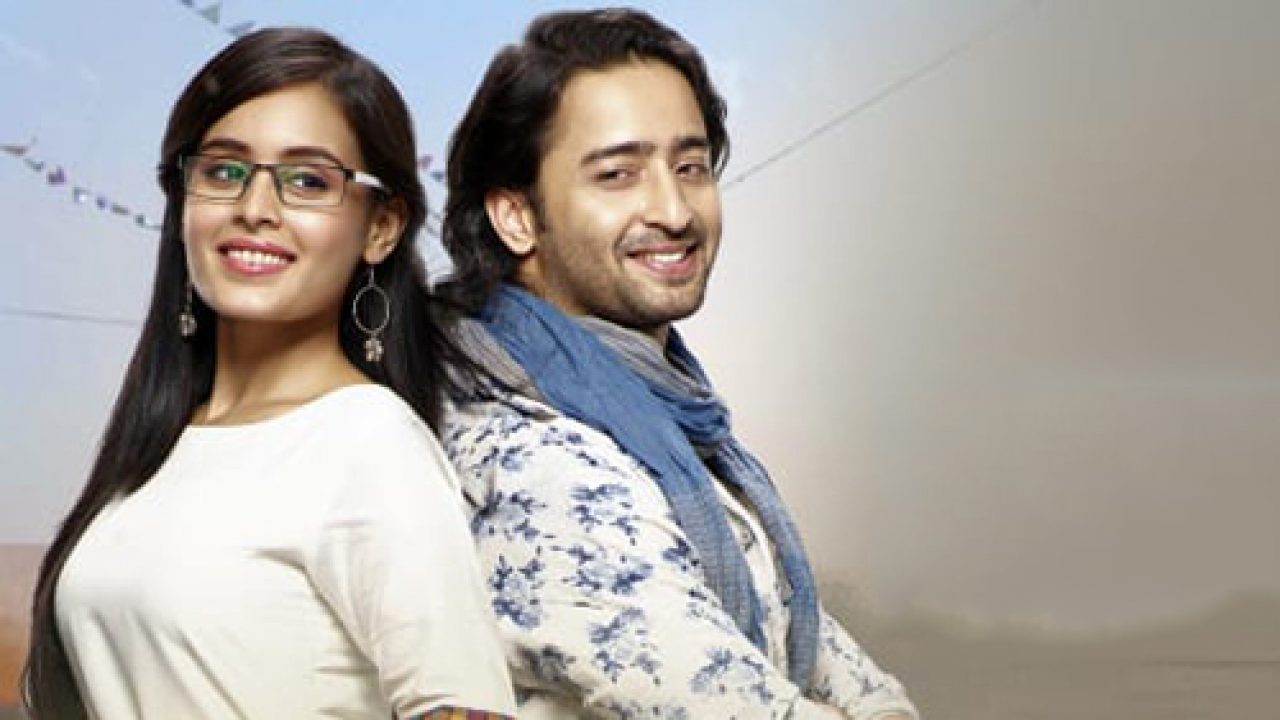 Sacred relationships May teasers 2021: Mishti and Abeer start their journey of love on a rocky scale, with Mishti swooning over Kunal at first, what does fate have for them both? catch all new episodes on starlife this May…

Mehul is worried about Kunal’s reaction to Abir’s marriage. Elsewhere, Mishti is confused to learn about Mehul’s truth.

Mehul blackmails Mishti and traps her in a hut when she decides to expose him. Later, Mehul asks Abir to sign some legal papers.

Meenakshi and Mishti team up to expose Mehul. Later, Nidhi asks Kunal to perform a ritual during Abir and Mishti’s Gordhana ceremony.

Mishti and Kuhu dance together to stop Mehul from leaving while Meenakshi brews a plan against him. Later, Abir and Mishti’s Gordhana ritual is celebrated.

Mehul threatens to kill Meenakshi after she refuses to hand over her property. While Kunal gets tensed by a phone call, Mehul plays a trick to mislead Abir.

Abir executes his smart plan to get Mehul to confess while the police arrive with an arrest warrant. Later, Mehul does the unimaginable.

Meenakshi and Parul are delighted by Kunal and Abir’s bond while Jasmeet praises Mishti. Later, Meenakshi is unhappy with Mishti being a part of Abir’s life.

Mishti is shocked when Abir reveals an unexpected truth about Meenakshi. Later, Meenakshi makes a shocking demand and misleads Abir.

Meenakshi provokes Abir against Mishti to stop him from marrying her. Later, Abir is stunned when he learns that Parul is Kunal’s real mother.

Abir is heartbroken when Meenakshi gives him a shocking ultimatum. Later, an emotional Kuhu expresses to Kunal that he could have given their marriage another chance.

With a heavy heart, Abir participates in his pre-wedding rituals alongside Mishti. However, his unusual outburst leaves everyone shocked.

Kunal confronts Abir about Mishti. Later, Mishti is heartbroken when Abir makes a shocking statement about their marriage.

An emotional Mishti cries her heart out to her family while Abir states his firm decision to Meenakshi. Later, Vishambar plans to send Mishti out of India.

The Rajvaanshs anticipate Neha’s arrival as they gear up for Abir’s wedding. Later, Neha makes a confession to Abir in private during the sangeet preparations.

Kunal saves Kuhu from committing a blunder while Abir gives a stunning performance with the family. Unaware of Mishti’s presence, Abir gets on to the same bus.

Abir and his mates make a video call to Kunal to have a sneak peek of the Maheshwari’s celebration. Later, Kunal leaves the function after arguing with Kuhu.

Abir misses Mishti and pen downs his thoughts in a diary while the latter waits eagerly to meet Nannu. Later, Abir is in for a big surprise.

Abir is heartbroken to see Mishti and Nannu together. Later, Abir attempts to rescue her from drowning and comes across a shocking truth.

Mishti recollects the secret deal she made with Nannu in London. While Abir is flustered by her request, Kuhu loses her cool when Kunal misunderstands her.

Frightened, Abir destroys Meenakshi’s laptop to hide a shocking fact from her. Later, Nannu tries to distract Kunal and give Abir and Mishti some alone time.

Abir gets jealous after spotting Nannu flirting with Mishti. A surprise awaits Abir and Kunal during an offsite trip while Nannu prepares for Mishti’s birthday.

A jealous Abir gets intoxicated after looking at Mishti and Nannu dancing together. Meanwhile, Meenakshi arrives at Mishti’s birthday party looking for him.

Heads-up! Sacred Relationships changes time to 21h00 and 21h30 from today, after the Game of Love series finale last night.

A rebroadcast of Family Secrets takes over its previous timeslot at 19h00 and 19h30.

Kuhu falls unconscious at the party while Kunal feels bad after Nannu questions him about her. Amidst a forest fire, Abir and Mishti get stuck in a deep pit.

Abir confesses his feelings to Mishti amidst the forest fire. Later, she meets with an accident while saving him.

Abir gets worried after he learns that Mishti is having a hard time breathing. While Meenakshi confronts Kunal, Kuhu leaves the hospital in tears.

Kunal apologises to Abir when he is about to confess his feelings to Mishti. Elsewhere, Meenakshi is stunned upon learning a shocking fact.

Mishti hides her accident from her family while the Maheshwaris plan a party for her birthday. Later, Meenakshi assigns a secret task to Kunal.

Vishambar asks Mishti about the accident while the latter hides the truth from him. Later, Abir plans a romantic surprise for Mishti.

Kunal gets scared when Kuhu informs him about Nishant’s seizures. While Abir and Parul make a firm decision, Mishti leaves Kunal speechless.

Kunal confronts Abir about his real mother while Mishti realises her mistake. After meeting with an accident, Kunal’s life falls into grave danger.

Kunal has a hard time accepting the truth about his origin. While Mishti gets emotional after finding her locket, Abir misunderstands her statement.

Abir and Mishti’s fight escalates while the Maheshwaris are in for a shock. On overhearing Kunal and Kuhu’s conversation, Meenakshi makes a vengeful decision.

Meenakshi has a terrifying dream while Nannu refuses to help an emotional Mishti anymore. Later, Vishambar is stunned by Meenakshi’s request.

Kunal and Kuhu share an emotional moment. While the Raajvanshs sing for Kunal to make him feel special, Vishambhar spills the beans to Nannu.

The Maheshwaris are stunned by Meenakshi’s proposal while Vishambar wants Nannu and Mishti to get married. Later, Mishti overhears a startling fact.

While Nannu asks Rajshri a question, Meenakshi gives a firm warning to Mishti. Later, Abir is heartbroken after meeting Mishti.

Abir decides to apologise to Mishti and confess his feelings to her while Vishambhar fixes her Tilak with Nannu. Later, Mishti writes a letter to Abir.

Meenakshi succeeds in creating a misunderstanding between Abir and Mishti. While Mishti is anxious, Abir is stunned after reading the letter written by her.

Abir stuns Mishti by tearing her letter and misbehaving with her. After Nannu’s mother gifts her some jewellery, Mishti makes a promise to herself.

Abir learns about Mishti’s engagement with Nannu after he arrives at the Maheshwaris along with Kuhu. Later, a dejected Mishti asks Abir to leave the house.

Kuhu confronts Abir after he vents his anger on Mishti for meeting Parul. Later, Abir discovers a piece of shocking news regarding the party.

While Mishti and Nannu take a compatibility test in front of the family, Kunal learns the truth. Later, a furious Abir makes a shocking declaration about Kunal.

After being slapped, Kunal realises his mistake as Parul finally tells him the truth. Later, he receives a shocking phone call and decides to take a stand for Abir.

The Maheshwaris are startled when Abir participates in Mishti and Nannu’s ring ceremony. Later, Abir reminiscences about his engagement with Mishti.

Mishti indirectly asks Abir to leave her house while Yashpal refuses to let anyone help Meenakshi. Later, Abir tells Kuhu that he wants Mishti back.

Nannu notices Mishti missing from her room late at night while Kuhu desperately tries to get her to meet Abir. Later, the police arrive to arrest Parul.

After Parul is arrested, Meenakshi gives a shocking ultimatum to Abir. While Kunal tries to change Meenakshi’s mind, Kuhu overhears their conversation.

A disguised Abir joins the celebration at the Maheshwaris. While Parul is disgusted by Meenakshi’s selfish intentions, Abir confronts Mishti.

After a fight breaks out between Abir and Nannu, Mishti is asked to choose between the two. She leaves everyone stunned by her decision.

Mishti and Abir are shocked to run into each other at the temple. Abir takes a stand for Mishti while Nannu decides to clear things with her in private.

While Meenakshi offers to help Nannu, celebrations at the Maheshwaris are filled with nostalgia. Later, Abir tells the truth and tries one last time to win back Mishti.

Nannu executes Meenakshi’s masterplan to get Mishti out of Abir’s life. Later, Abir gets a shocking reply when he asks Mishti to elope with him.

Abir and Nannu get into a brawl at the hospital when he tries to expose the latter’s misdeeds. Later, Abir meets with a serious accident as he rushes to meet Mishti.

While Nannu decides to leave for London with Mishti, she puts forth a shocking request before Rajshri. Later, Meenakshi questions Nannu about Abir’s whereabouts