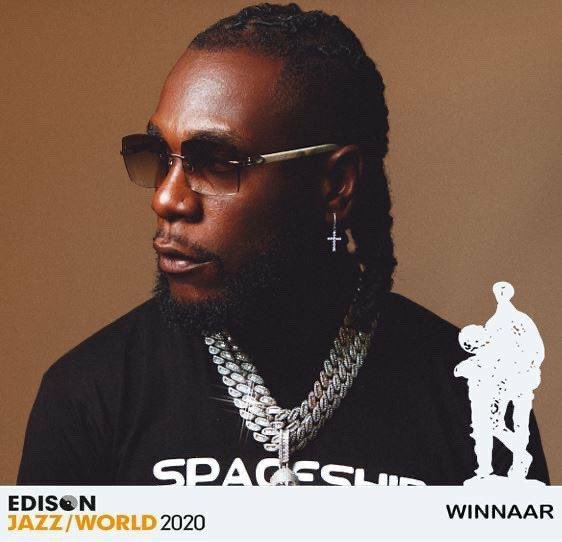 Nigerian singer and songwriter, Damini Ogulu aka Burna Boy has set a record by becoming the first Nigerian to win the Dutch Edison Award after his 2019 album ‘African Giant’ won him an award in the World category.

The singer’s rise to an international act has been quite meteoric since he released his hit single ‘Ye’ off his ‘Outside’ album.

While announcing the nomination, the jury wrote about Burna Boy, “The Nigerian Burna Boy is a sensation in world and pop music. His music is unmistakably African, but fits seamlessly into today’s pop music culture. ‘African Giant’ contains a challenging mix of Rap, RnB, Reggae and African pop music and reminds at times of the also Nigerian great Fela Kuti.”

Burna however took to his Twitter page last night to announce the win, he wrote,

“Shouts to the Edison Awards and all my Dutch outsiders! I’m honoured

Laycon Pays Tribute To His Late Dad 3 Years After Death