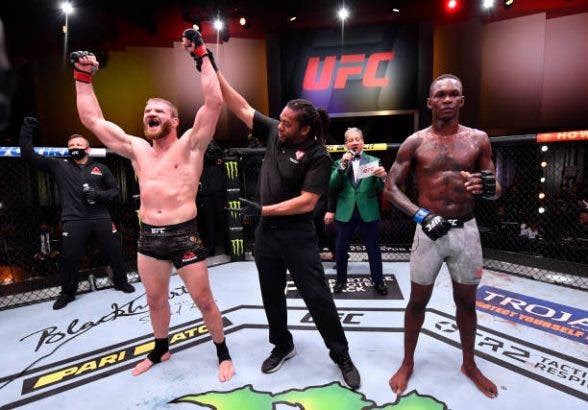 Recall that he was defeated by Blachowicz in their light heavyweight UFC championship contest.

The fight went the distance and all three judges’ scored the fight in favour of the Polish Power which the Style Bender admitted that he lost to the better man.

But Israel surprised an interviewer during the post-match conference when he mentioned that he could go back to Nigeria to get some juju to help him win in his coming bouts.

“I gotta go to find someone in the woods who is hanging and get their rope or something, or do some crazy juju. I’m Nigerian so you know I can go back home and get some juju as well.”

The 31-year-old whose 20-0 unbeaten record is now 21-1 and the middleweight champion revealed he will return to his division to defend his belt.

Nigerian MMA Fighter, Israel Adesanya, honors his dad, buys his mom a Porsche ahead of his next fight