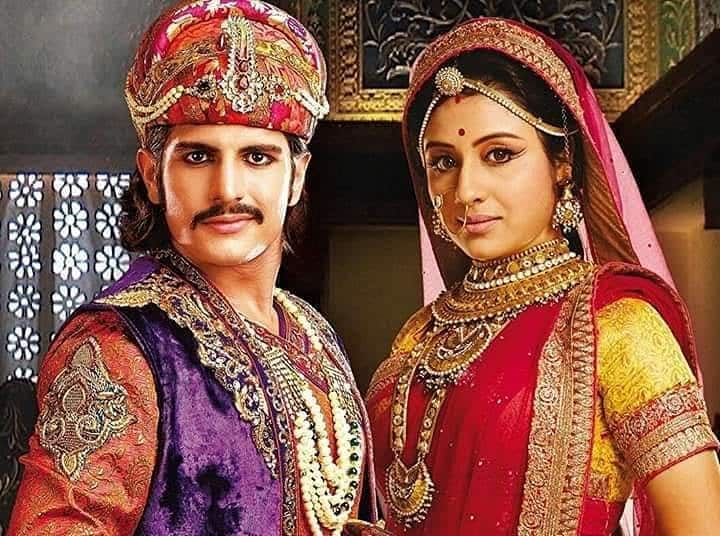 Jodha Akbar September teasers 2021: Someone is trying to kill Jodha twins, will they succeed?

Resham inform Maham that Jahal has ordered she be taken to dehli. Maham find out Jodha lied to her about Javeda pregnancy. Maham plead with Jodha to help her see Jahal before she dies. Jodha think of how to make that happen as Jahal insist he never want to see maham again.

Jahal goes to meet Maham as she was dying and call her Bari Ammi again making Mahan so happy. She reverse the curse she place on Jodha’s children. Maham dies. Jodha is heavily pregnant now, she goes to see a doctor with Ruks but storm blows Jodha away. She’s hurt.

Jodha’s water broke and she goes into force labour. Ruks is scared and they all fear Maham curse will come to pass. Jodha give birth to her babies prematurely but all is happy as they are safe. A lady try to commit suicide to avert tax. Jodha plead with Jodha to look into the matter leaving Jahal confuse on what to do.

Jahal abolish the tax rule. Ruks ask her one of the child and Jodha gives her Hussain with tears. Jahal cousin and his wife visit to congratulate him on the birth of the twin. Zeenat is about to throw Hussain from the window…

Jahal teach Ruks how to nurse a baby. Zeenat feed Hussain a tablet, Javeda saw her and alert everyone.Zeenat explain to Qasim how she was almost caught but will make sure to kill Hussain slowly that no one will suspect her.

Zeenat set Hamida’s room on fire and give one of the twins Poison. Jodha is worry as she fear Maham curse will soon come to pass. Hussain is vomiting making Ruks worried.

Tuesday September 7 2021
Hassan keep vomiting, Jodha is worried sick as doctors try to revive him. Hassan dies, Jodha fall unconscious. Qasim and Zeenat are happy one part of their plan is successful. Jodha try to take Hussain but Ruks snatch him away forcefully and smirk at Jodha. Salima is surprise at her attitude.

Wednesday September 8 2021
Jahal beg Ruks to return Jodha’s child but she refuse. Dadisa visit Jodha with gft for the twins and was shock to receive the news of Hassan’s death.
Ruks is overprotective of Hussain. Zeenat is about to feed Hussain Poison but Jahal came at the nick of time. She finds the poisonous finger missing.

Thursday September 9 2021
Zeenat try to find a way to poison Hussain and also looking for the poisonous finger. She Poison Ruks so she can free access to Hussain. Zeenat advise Qasim they should abort their mission before they get caught but he refuse. Jodha entrust Hussain to Zeenat and Zakira as he goes to visit injured Jahal.

Saturday  September 11 2021
Jahal blame Jodha for Hussain’s death and she insisted to stay with him even when he ask her not to . Jahal prepare to war against Rarjanvanshies. Jodha is sad about Jahal decision to kill innocent people just to avenge his sons death.

Sunday September 12 2021
War start between the two nations. Jahal kill thousand of Rarjanvanshi people to avenge his sons death. Priest told Jahal he won’t find peace even if he kills more people. He should rather help people to find peace. Seven years later, Jodha become pregnant again and everyone is happy expect Ruks.

Jodha give birth to a boy and Jahal name him Salim. Ruks is angry that Jodha had become Marium Zamani, she vow to take Salim away from Jodha. Some strange couple brought a sacred thread for Salim. Ruks swore to make Salim call her mother and not Jodha. Zil Bahar over thugs planning to kill Salim. She inform Jahal who then finds out Sharif and his father are the one behind the Evil plan

Wednesday September 19 2021
Salim argue with Anarkali over ghongoors. Jahal discuss with Jodha over Salim’s interest in ghongoors rather than sword. Haidar deceive Salim to leave palace without his parents consent. Everyone is worried looking for him.

Friday September 21 2021
Ruks suggest she and Jodha sell with Salim. Haidar is full of hatred for Salim and Jahal. Salim gave Jodha the pen he won and Ruks is envious of this. She vows to make him addicted to opium to win him over. Jahal announce Salim as heir.

Saturday September 22 2021
Salim is about to drink water mix with opium by Ruks but stop seeing Anarkali. Ruks is angry. Ruks sack Rashad. Jahal ask Salim to show Anarkali round the palace. Ruks puts opium inside Salim milk and Ladoos. She smirks.

Sunday September 24 2021
Robbers attack Jodha and Salim and Salim fight to protect his mother. Turn out the robber is Jahal. Ruks is angry with Jahal for reemploying Rashad. Haidar instigate Mugar against Salim. He and Mugar engage in Archery competition but he loses.

Monday September 24 2021
Salim hit a child with an arrow and ran away. He deny hitting the boy with an arrow when asked but Jodha talk to him about it. Jahal arrests Ruks for using weapon in the court. Ruks is jailed