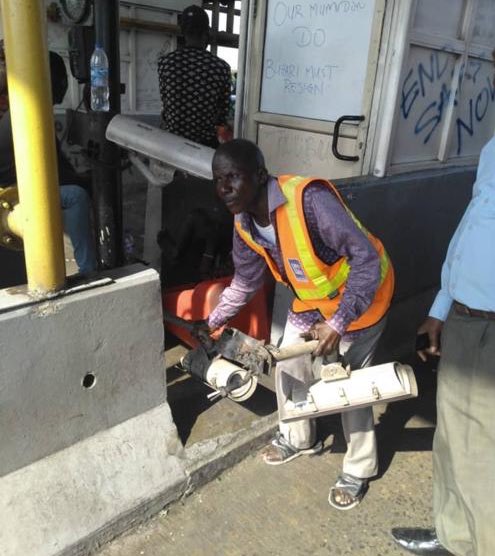 As seen in the picture above, men were seen removing the CCTV cameras at the popular toll gate yesterday evening and the intentions became clear after many were killed at the spot at night.