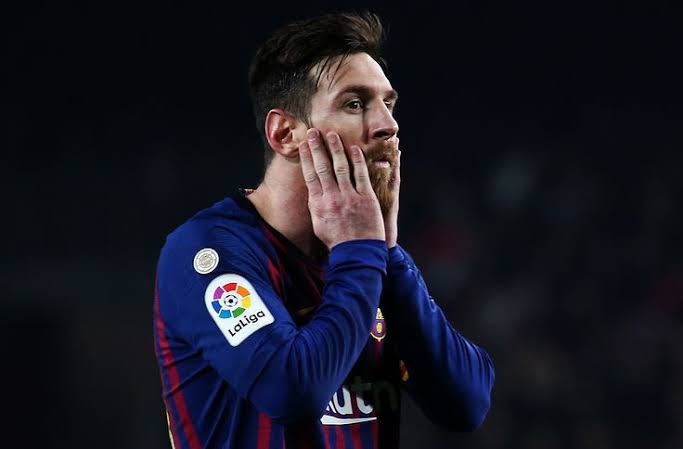 Advertisements
Loading...
When Lionel Messi was questioned about Cristiano Ronaldo’s performance he didn’t hesitate to praise him.
“Today, there are very good players, Neymar, Kylian Mbappe, Luis Suarez, Eden Hazard, any of them could be the best in the world,” he said. “But I took Cristiano of that group and put him with me.”
“I have always said that Barcelona has given me everything and I am here for as long as they want me to be.
“Ronaldo as done great things that football will never forget if he as supports like Neymar, Saurez and Mbappe no one will come closer to his achievement.”
It is a very competitive league [in England], last season showed that, so it makes it very difficult to predict. Yet Ronaldo made a name there Messi included.
“What Ronaldo did in Madrid for real Madrid and for Portugal in euro was remarkable and extra ordinary. At the age of 33 in Real Madrid he was still the most Important player in his team”.
After the week’s events in the UEFA Champions League, there is no doubt that we are still living in the Lionel Messi and Cristiano Ronaldoera but they are past that salty rivalry that was going on years ago.
During the time in which the Argentine won absolutely every individual trophy and Cristiano struggled to catch him, we could feel a little bit of negative energy between the two and a tension that perfectly described how much one wanted to beat the other.
Even if Lionel Messi denied it, the fact that Ronaldo played at Real Madrid for so many years gave this rivalry an extra flavor that everybody thoroughly enjoyed.
But as time went by and both players won their fair share of individual accolades, it seems that each learned to appreciate the other as they transformed into veterans and today we can hear both praising each other without paying any more attention to all the noise that may never stop from all the obsessed fans who want to put one above the other.
Although we did see Luka Modric win the Ballon d’Or last year after his impressive year with both Real Madrid and Croatia, there is still no doubt that Ronaldo and Messi are still the best players in the world.
We have gotten to keep enjoying both of these amazing players this season with their clubs, the only difference is that Cristiano Ronaldo decided to leave Real Madrid and this gave him a whole new motivation to keep improving as a player despite already being 34 years old.
When he first arrived in Los Blancos, CR7 was a very different player than the one he is today as he could get past any defender from the left flank and had an insane dribbling skill that only Messi could rival.
As time went by, Cristiano understood that he was the best centre-forward in the world and he decided to modify his position in order to keep scoring as many goals as ever and then some.
The match against Atletico Madrid was living proof that we are before the best goal-scorer in football history, a player who has even managed to get the praise from the highest order from the most unlikely source.
Lionel spoke to the press after the victory in which he assisted his teammates twice and scored a brace for FC Barcelona, proving that he is the other great player of this year’s competition and he is the only player who can look at Ronaldo in the eye.
In fact, Messi didn’t hesitate to praise the Portuguese player after his performance over the decade. What Ronaldo did for Madrid, Portugal and Juventus over the decade is impressive. Ronaldo never had the forward or the players in Barcelona but he never let that stop him from performing and bring out his best”
“What Cristiano Ronaldo and Juventus did was impressive,” the forward said after the match,” said Messi via Marca.
“I thought Atletico Madrid would be tougher. Ronaldo had a magical night with three goals”. “All of the opponents are complicated,” he added.
“Ajax, for example, showed that they’re an amazing team of youngsters and they don’t fear anyone. It’ll be difficult no matter who we face. We have to prepare ourselves for a tough challenge”.
“They went for the match from the start and moved the ball around well,” said Leo about the match.
“There was a bit of suffering after they made it 2-1, as we’d made it tough for ourselves at a set piece. They hadn’t done anything until then”.

Mr Eazi reveals why he doesn’t own a car